Insulin therapy and its types

Insulin types depicted on the graph below : Regular insulin is preferred in the initial treatment of Diabetic ketoacidosis(DKA). Recognize the different types insulins and their durations of action. 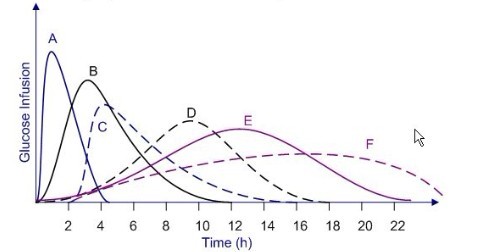 The best short-acting insulins are aspart and lispro. Before the advent of these two drugs, regular insulin was the best option for postmeal hyperglycemia. Insulin aspart and insulin lispro have a very rapid onset of action.
at September 05, 2013
Email ThisBlogThis!Share to TwitterShare to FacebookShare to Pinterest
Labels: Endocrinology, Internal Medicine, Pathology, Pharmacology