Ribosomal RNA (rRNA): most abundant used as structural component of the ribosome associates with ribosomal     proteins to form the complete, functional ribosome.

Messenger RNA (mRNA): carries information specifying  the amino acid sequence of a protein to the ribosome.Only type of RNA that is translated.

Heterogeneous nuclear RNA (hnRNA): found only in the nucleus of the eukaryotic cells.Precursors of mRNA, formed during posttranscriptional processing.

Found both in prokaryotes & eukaryotes.

The numbering system is used to identify the location of important bases. The 1st base transcribed as RNA is defined as the +1 base of that gene region. To the left (upstream) of it, bases are -1,-2,-3,etc. To the right (downstream) are +1,+2,+3,etc.
Transcription ends when RNA polymerase reaches a termination signal. 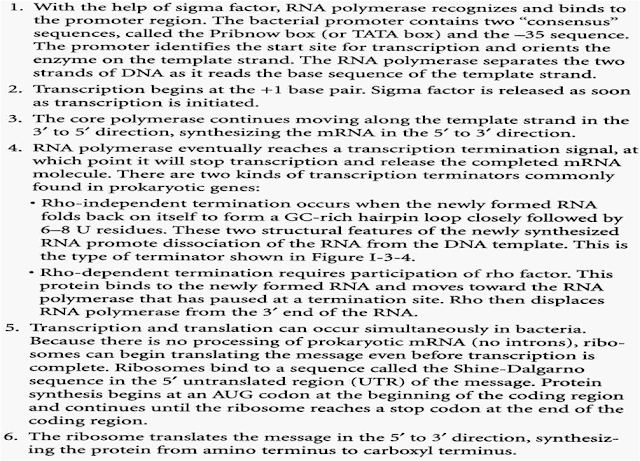 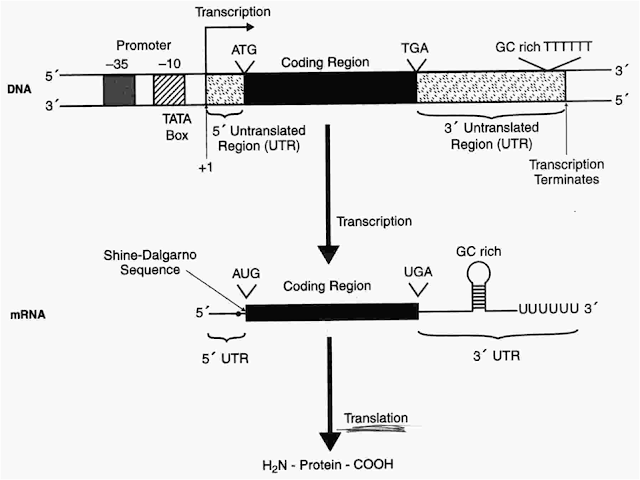 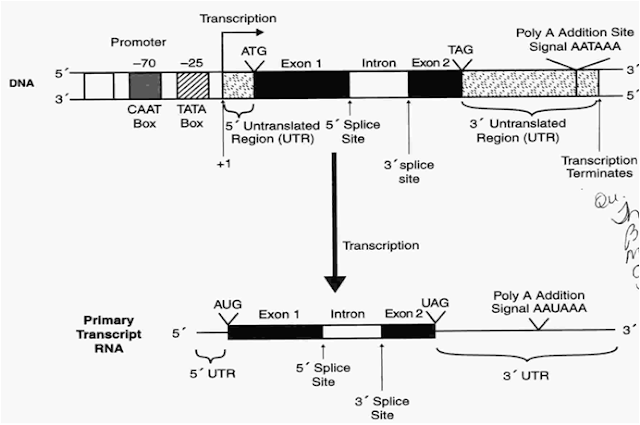 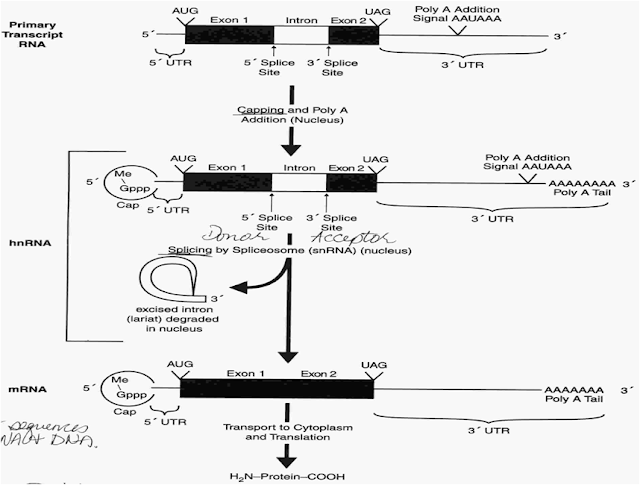 The important regions in tRNA are:
1. Acceptor arm: appropriate AA is attached.
2. Anticodon arm: recognizes a specific codon ( for the AA it carries) in mRNA.
The CCA tail is a cytosine-cytosine-adenine sequence at the 3' end of the tRNA molecule. This sequence is important for the recognition of tRNA by enzymes and critical in translation. 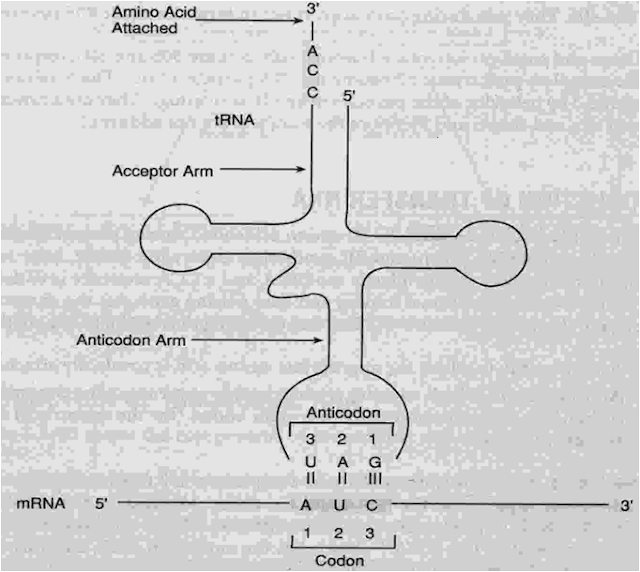 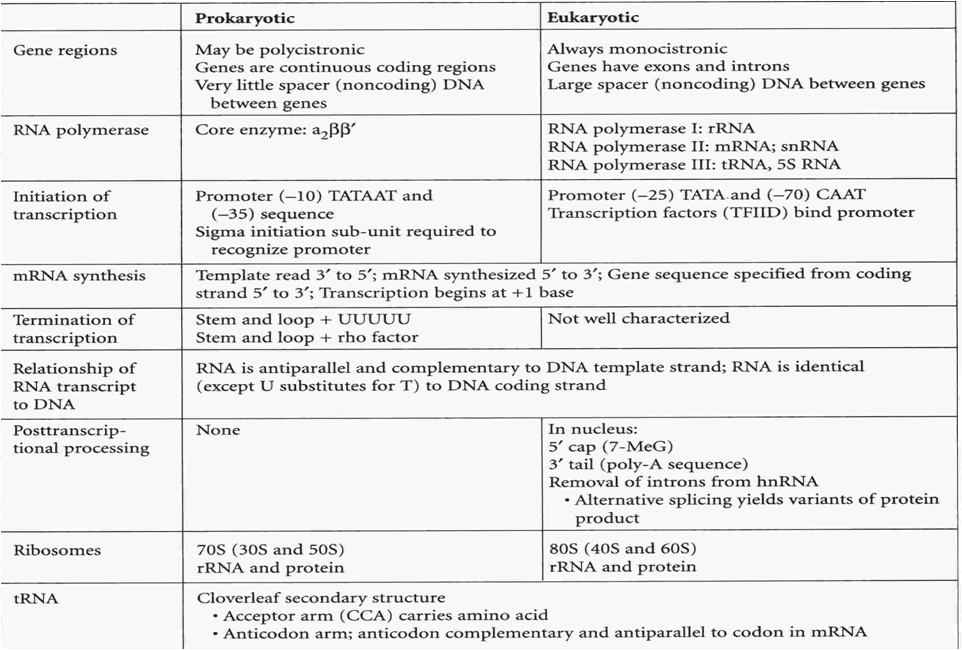 at August 18, 2012
Email ThisBlogThis!Share to TwitterShare to FacebookShare to Pinterest
Labels: Molecular Biology