5.each transformed cell will divide many, many times to form a   colony of millions of cells, each of which carries the recombinant DNA molecule (DNA clone) 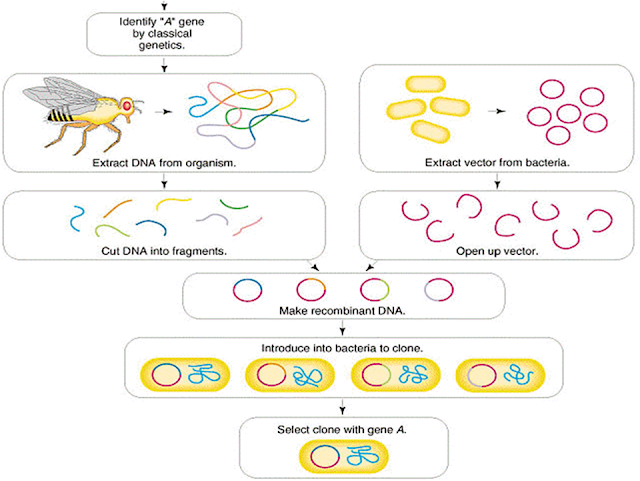 Restriction enzymes are the scissors of molecular genetics. Restriction enzymes (RE) are endonucleases that will recognize specific nucleotide sequences in the DNA and break the DNA chain at those points. A variety of RE have been isolated and are commercially available. Most cut at specific palindromic sites in
the DNA (sequence that is the same on both antiparallel DNA strands). These cuts can be a staggered which generate “sticky or overhanging ends” or a blunt which generate flush ends.

Once you have isolated and cut the donor and vector DNAs, they must be joined together. The DNAs are mixed together in a tube. If both have been cut with the same RE, the ends will match up because they are sticky. DNA ligase is the glue of molecular genetics that holds the ends of the DNAs together. DNA ligase creates a phosophodiester bond between two DNA ends. 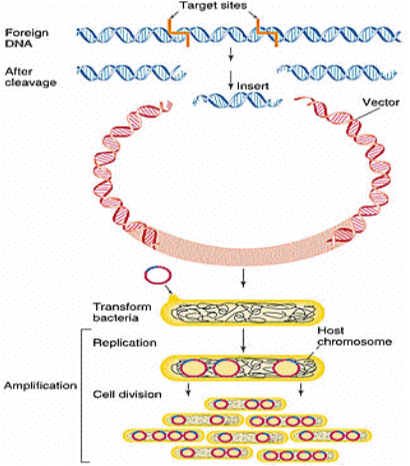 Expression vectors
vectors that carry host signals that facilitate the transcription and translation of an inserted gene. They are very useful for expressing eukaryotic genes in bacteria. 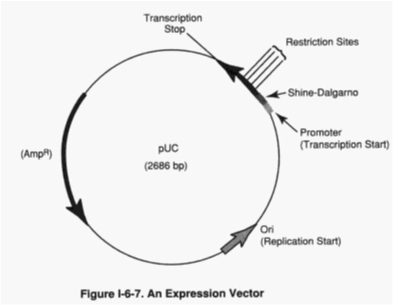 Why is rDNA important?

Recombinant DNA has been gaining in importance over the last few years, and recombinant DNA will only become more important in the 21st century as genetic diseases become more prevelant and agricultural area is reduced.  Below  are some of the areas where Recombinant DNA will have an impact.
Better Crops (drought & heat resistance)
Recombinant Vaccines (ie. Hepatitis B)
Prevention and cure of sickle cell anemia
Prevention and cure of cystic fibrosis
Production of clotting factors
Production of insulin
Plants that produce their own insecticides
Germ line and somatic gene therapy

Blotting Techniques:
Gel electrophoresis – DNA fragments of different sizes can be separated by an
electrical field applied to a “gel”. The negatively charged DNA migrates away from the
negative electrode and to the positive electrode. The smaller the fragment the faster it
migrates. 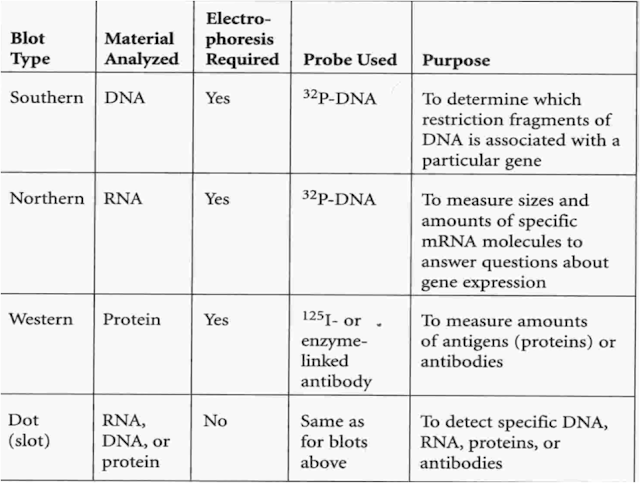 Short sequence of DNA can be amplified into millions fold within few hours. 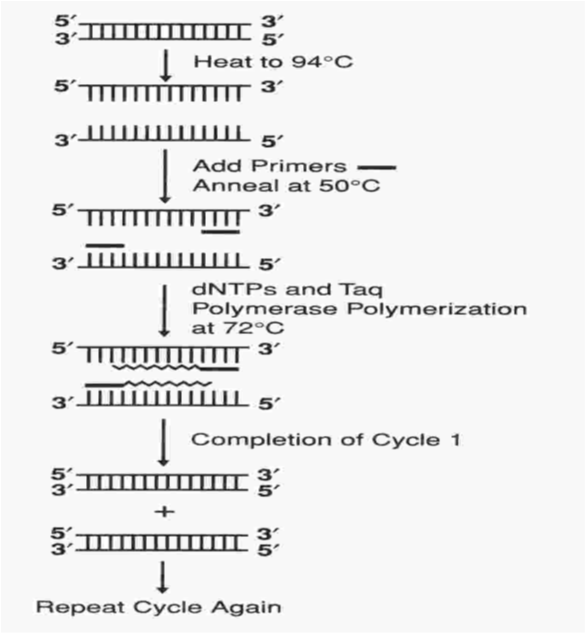 Diagnosis of various diseases
Genetic fingerprinting
Paternity testing
To detect HIV in newborn whose mother are HIV +ve.
To detect the viral load.