The process of DNA duplication is usually called Replication.

In a cell, DNA replication begins at specific locations in the genome, called "origins of replication.” 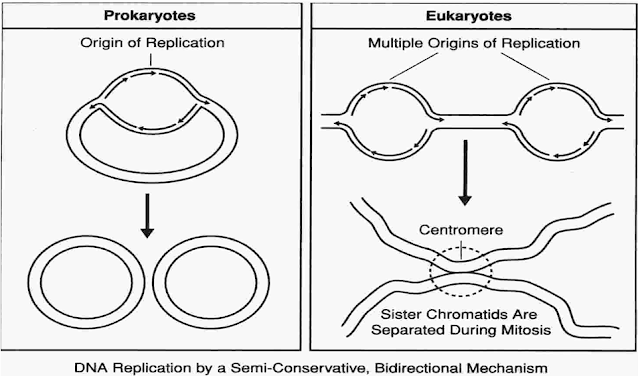 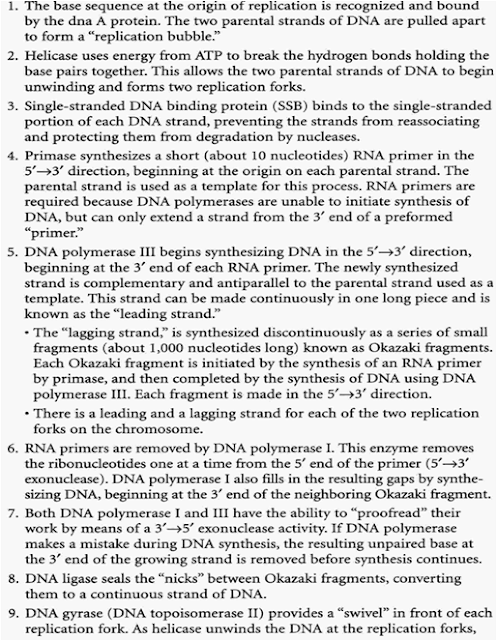 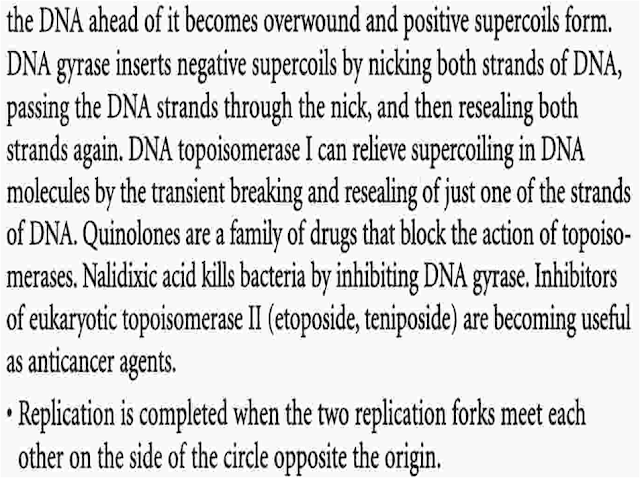 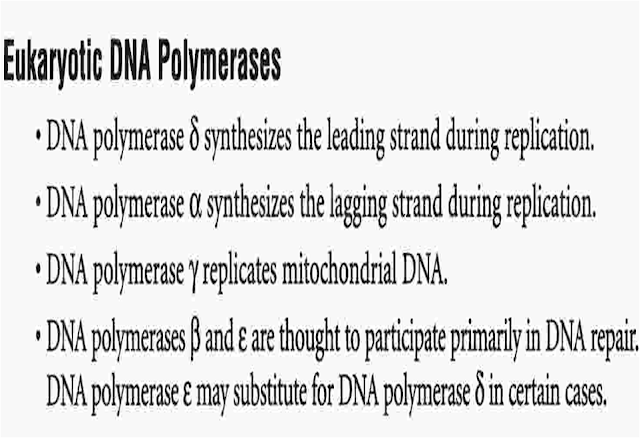 Cancer cells have high levels of telomerase which prevents telomeres from being short and contribute to immortality of malignant cells. 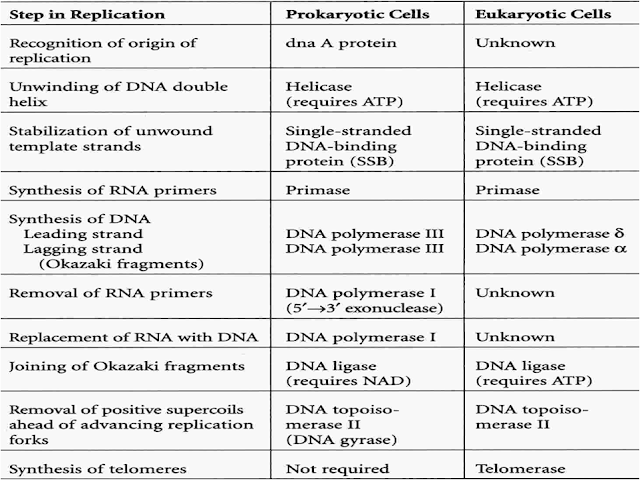 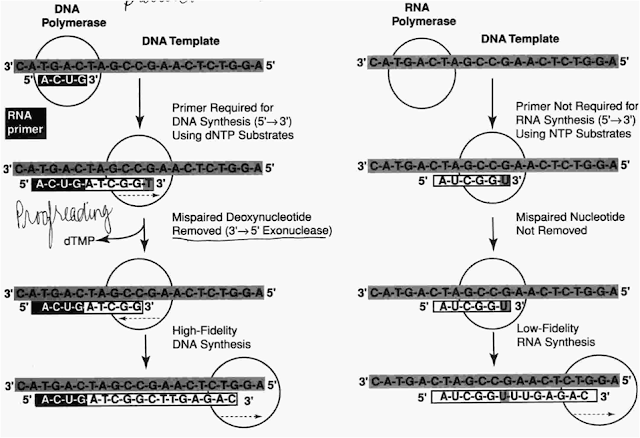 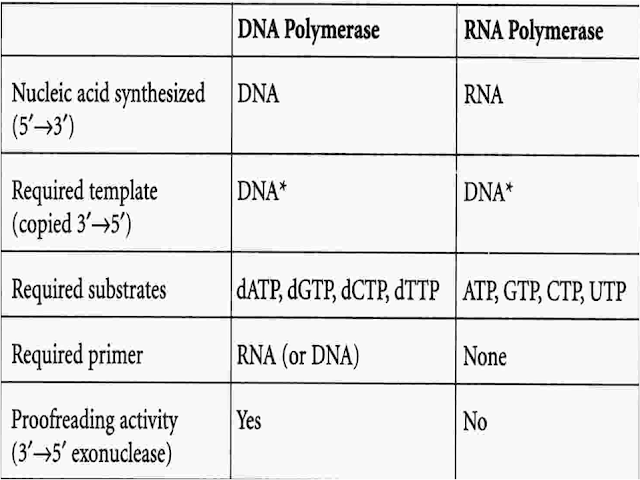 Can be damaged by chemicals or radiation
Incorrect bases can also be incorporated during replication.
Multiple repair systems have evolved, allowing cells to maintain the sequence stability of their genomes.
1. Excision Endonuclease
2. Uracil glycosylase
3. AP endonuclease 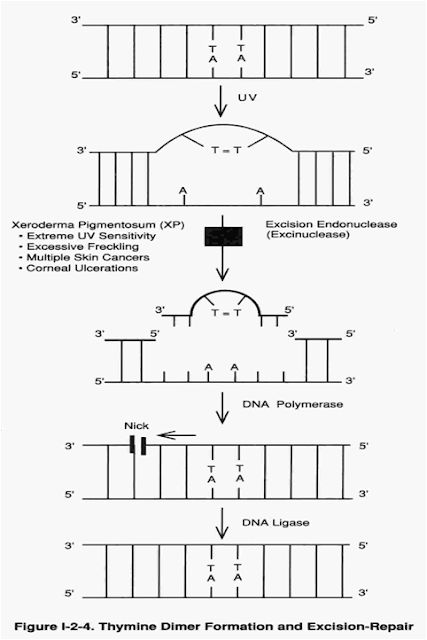 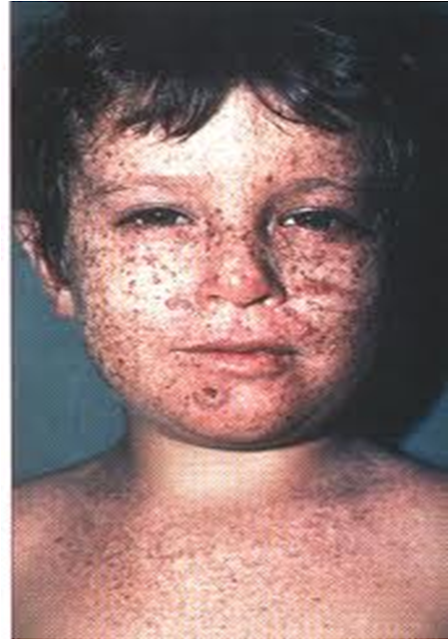 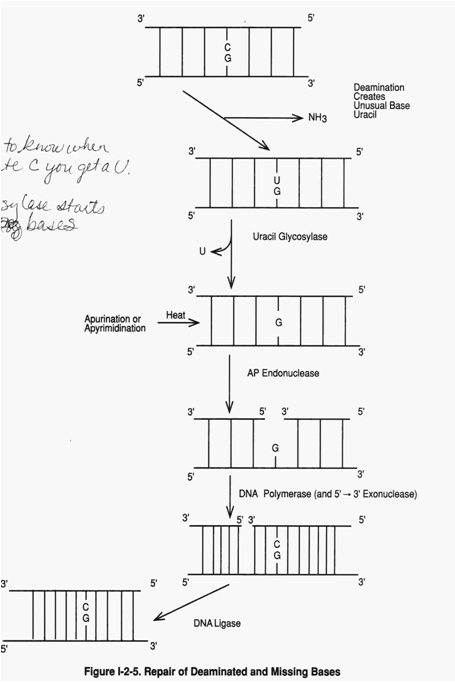 at August 31, 2012
Email ThisBlogThis!Share to TwitterShare to FacebookShare to Pinterest
Labels: Molecular Biology