Occiput:- is the occipital bone/external occipital protuberance.
Sinciput:- is the forehead region of fetal head.
Parietal eminences:- are the eminences of parietal bone on either side.
Mentum:- is the chin.
Vertical point:- is the center of sagittal suture.
Frontal point:- is the root of nose.
Sub occiput:- it is the junction fetal neck and Occiput.
Sub mentum:- it is the junction between neck and chin.
Bi parietal:- is the transverse distance between two parietal eminences.
Bi temporal :- is the distance between two lower end of coronal suture

The engaging diameter of the fetal skull depends on the degree of the flexion of the presenting part.

A. The antero-posterior diameter which may be engaged are:-

It extends from the nape of the neck to the centre of anterior fontanelle.
Length:-9.5cm
Attitude:-complete flexion
Presentation:-Vertex. 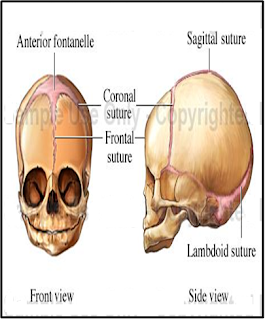 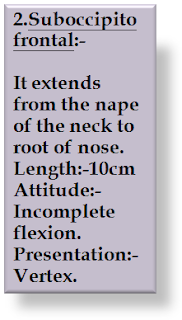 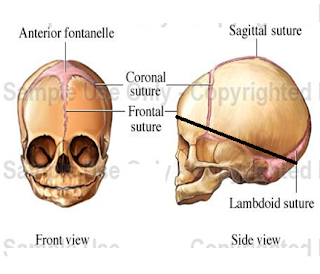 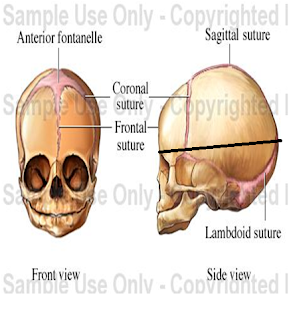 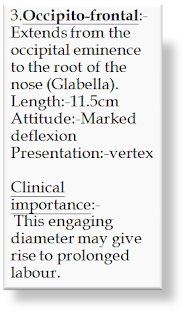 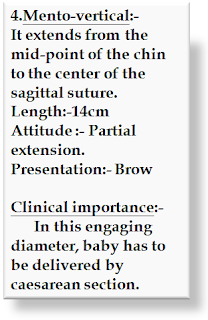 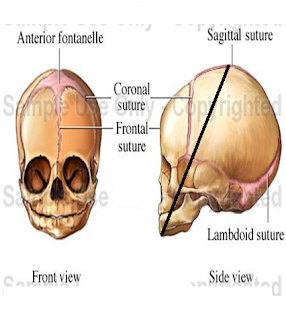 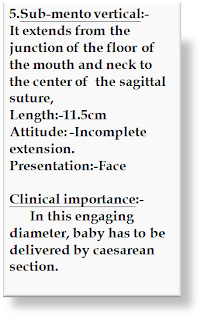 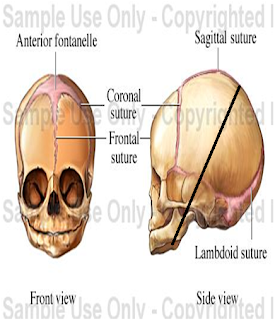 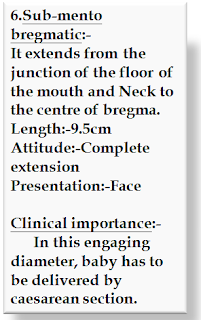 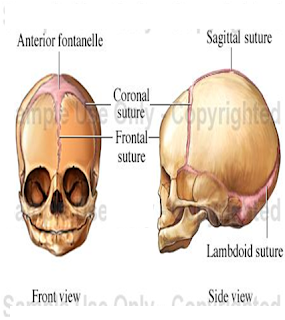 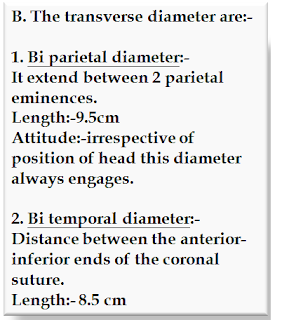 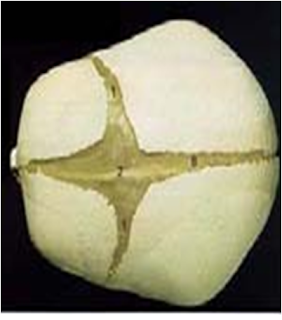 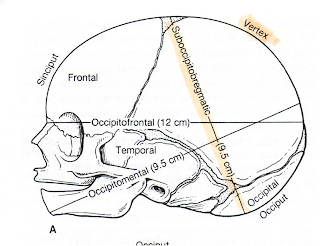 Moulding:-It is the changes in shape of the head in vertex presentation during labour while passing through the resistant birth canal.
Mechanism:-
1. Overlapping of cranial bones at the membranous joints due to compression of the engaging diameter of the head.
2. It is physiological, harmless and disappears within a few hours after birth.

Grade 0:- the bones lies side by side having an intervening membrane.
Grade +:- the bone touching but not overlapping
Grade++:- overlapping but easily separated by pressure.
Grade+++:- fixed overlapping and cannot be separated.

It is localized area of edema on fetal scalp on vertex presentation due to pressure effect of dilating cervical ring and vaginal introitus.
Characteristics:-
It is physiological, present at birth and disappears within 24 hours.
It is soft, diffuse and pits on pressure.
No underlying skull bone fracture.

It is a collection of blood between periosteum and skull bone which is limited by the periosteal attachments at the suture lines.

Characteristics:-
Appears after 12 hours of birth.
Limited by suture lines.
Tends to grow larger.
Disappears within 6-8  weeks.
It is circumscribed, soft and non pitting.
May be associated with skull bone fracture.

Treatment:- No treatment  required. The blood is absorbed and the swelling subside. 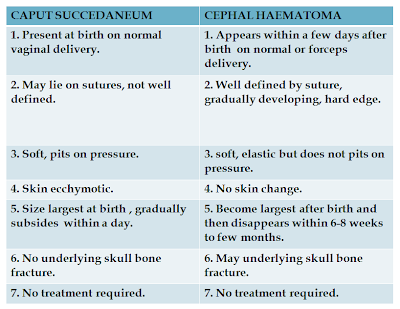 at May 06, 2012
Email ThisBlogThis!Share to TwitterShare to FacebookShare to Pinterest
Labels: OBG