Expulsion of product of conception at any time before full term.
After a pregnancy is apparent, the loss of the fetus up to 24 weeks is usually called a ‘spontaneous abortion’ or ‘miscarriage’; from 24 weeks to full term, it may be called a ‘premature birth’.
The punishment- 3 years imprisonment to transportation for life. 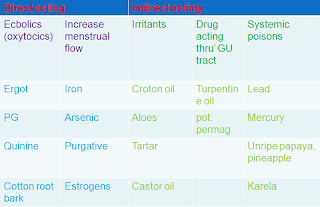 Many countries now have legal provisions for the medical termination of pregnancy. This is often called ‘therapeutic abortion’,

Consent to termination of pregnancy 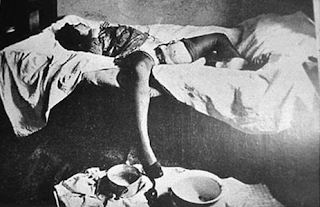 A photograph of only historic interest in the UK. This
woman had died of air embolism after attempting to induce an
abortion with a Higginson syringe, which can be seen below her
right foot. 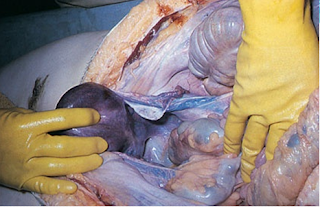 Autopsy appearance of a septic uterus following an
illegal abortion.

at September 01, 2011
Email ThisBlogThis!Share to TwitterShare to FacebookShare to Pinterest
Labels: Forensic Medicine