INJURY DUE TO HEAT AND ELECTRICITY

The heat source may be dry or wet; where the heat is dry, the resultant injury is called a ‘burn’, whereas with moist heat from hot water, steam and other hot liquids it is known as ‘scalding’.

1 first degree – erythema and blistering (vesiculation);
2 second degree – burning of the whole thickness of the epidermis and exposure of the dermis;
3 third degree – destruction down to subdermal tissues
Where the burnt area exceeds 50 per cent, the prognosis is poor even in first-degree burns.

1.Heat cramp- miner’s cramp, fireman’s cramp due to rapid dehydration through loss of water and salt in the sweat, severe and painful paroxysmal cramp of muscles of leg, abdomen, arms. 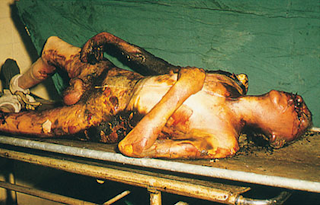 Burns in a victim of a house fire.

The examination of bodies recovered from fires

1.Heat hematoma- has the appearance of extra dural hemorrhage 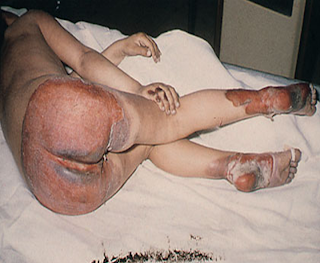 Scalds of the buttocks and feet on a child who had been dipped into a bath of extremely hot water as a punishment. 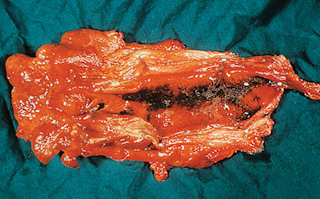 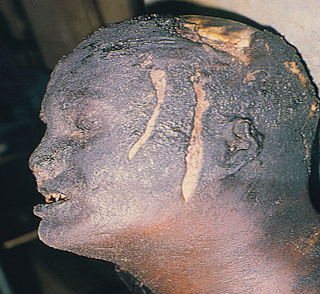 Skin splits in the victim of a house fire. These splits were initially thought to be incised wounds. 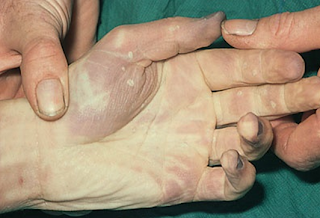 Multiple minute electrical marks on the hand caused by contact with a faulty electrical drill. 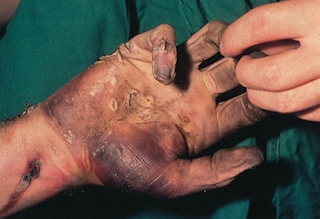 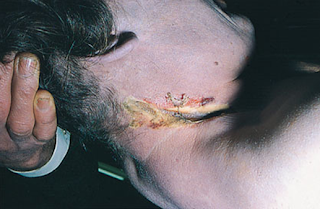 Electrical mark from a mains wire wrapped around the neck. There is marked hyperaemia and adjacent pallor, with evidence of blistering. 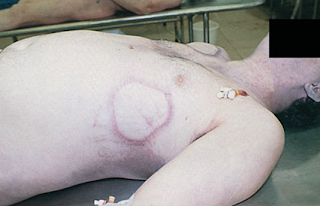 Hyperaemia from a defibrillator paddle, caused during
attempted resuscitation.

at August 26, 2011
Email ThisBlogThis!Share to TwitterShare to FacebookShare to Pinterest
Labels: Forensic Medicine