is a term used to describe a vein that is deep in the body
Deep veins are almost always beside an artery with the same name (e.g. the femoral vein is beside the femoral artery).
Collectively, they carry the vast majority of the blood back to the heart

The return of blood to the heart is assisted by the action of the skeletal-muscle pump which helps maintain the extremely low blood pressure of the venous system.
Fainting can be caused by failure of the skeletal-muscular pump. Long periods of standing can result in blood pooling in the legs, with blood pressure too low to return blood to the heart. 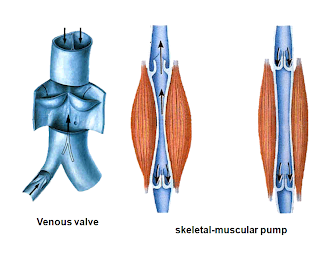 To understand the arrangement of the veins in systemic circulation,we should regard them as three systems: 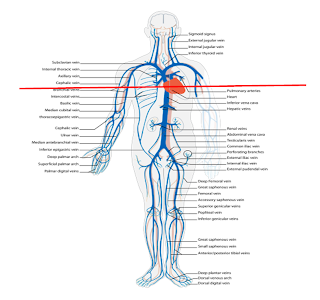 It begins posterior to the lower edge of the right first costal cartilage, where the right and left brachiocephalic veins join, and returns to the right atrium 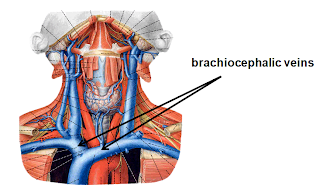 The left and right brachiocephalic veins (or
innominate veins) are formed by the union of
internal jugular vein and subclavian vein. 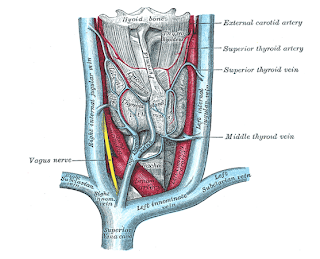 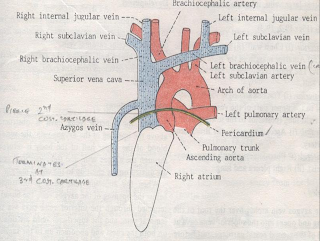 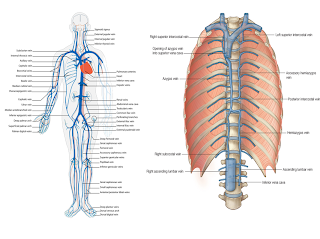 Veins of head and neck

It runs from its origin at the jugular foramen to its termination behind the sternal end of the clavicle, where it joins the subclavian vein to form the brachiocephalic vein.

VEINS OF THE FACE

a)The veins of the face accompany the arteries & drain into the common facial & retromandibular veins, they communicate with the cavernous sinus

c)The facial vein is the largest vein of the face, begins as an angular vein at the medial angle of the eye. The angular vein continue as the facial vein running downwards and backwards joins the anterior division of the retromandibular vein to form the common facial vein, later drains into the internal jugular vein 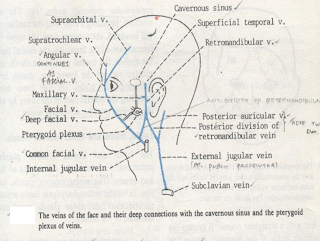 The posterior conner of the W is formed by the join of posterior auricular vein and posterior division of the retromandibular vein. They form the external jugular vein. 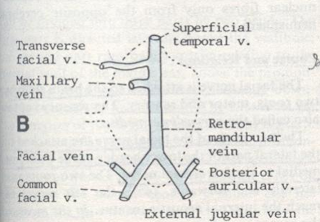 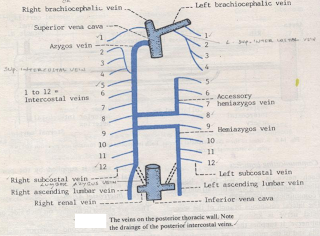 Tributaries of the azygos vein include: 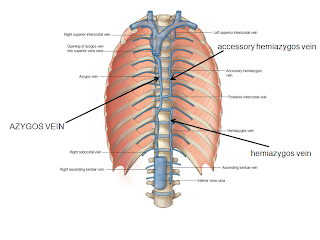 Most of the superficail veins join to form 2 large veins, cephalic & basilic 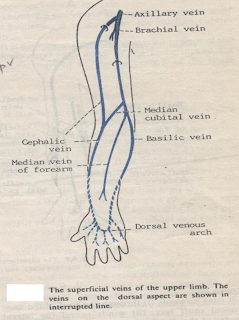 1.Roof of snuffbox
2.Winds round the distal part of the forarm
3.Runs in front of the elbow
4.Runs in the deltopectoral groove
5.Joins the axillary vein or the subclavian vein

2)winds round this border near the elbow

It begins from the cephalic vein 2.5 cm below the bend of the elbow, runs obliquely upwards & medially and ends in the basilic vein

It is a ideal place for IV injection

This system takes charge of the drainage of the venus blood from the abdoman,pelvis and the lower limbs.

We can regard it as the abdominal aorta plus the common iliac arteries for they have similar control area of our body. 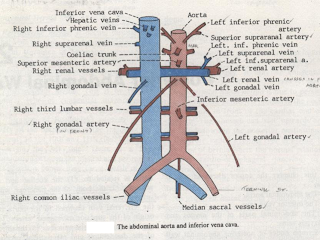 The inferior vena cava returns blood from all structures below the diaphragm to the right atrium of the heart.

It is formed when the two common iliac veins come together at the level of vertebra LV just to the right of midline.

at April 28, 2011
Email ThisBlogThis!Share to TwitterShare to FacebookShare to Pinterest
Labels: Anatomy