It is the lower elongated cylindrical part of the CNS and connect with the brain above
It occupies upper 2/3rd of the vertebral canal
It extends from the foraman magnum to the lower border of the L1 or upper border of the L 2
In neonates, the spinal cord extends approximately to vertebra LIII, but can reach as low as vertebra LIV.
It is about 45 cm in length
The lower end is called the conus medullaris
From here a prolongation of pia mater, the filum terminale descends to be attached to the back of the coccyx. 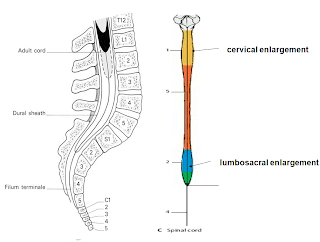 It also has two enlargement called cervical and lumbosacral enlargement which represent the aggregations of cell bodies that supply the muscles and skin of upper limbs and lower limbs. 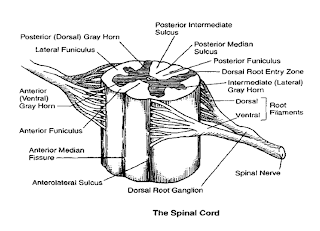 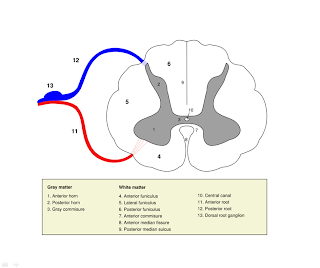 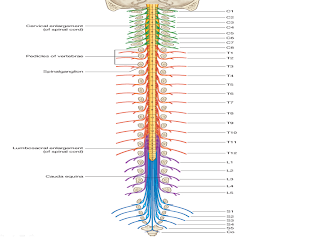 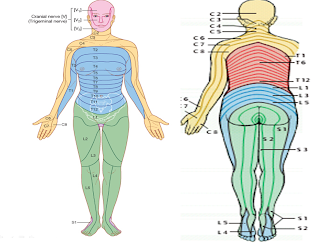 In transverse section of the cord is seen the central canal around which is the H-shaped grey matter, surrounded in turn by the white matter which contains the long ascending and descending tracts.
Gray matter

When seen in transverse section the grey matter of the spinal cord forms an “ H “ shaped mass and is surrounded by white matter.
It is divisible into 1) Ventral Horn(column ) 2) Dorsal Horn (column ) 3) intermediate zone .In some parts of spinal cord it presents as a lateral horn (column ) 4)The right & left halves of spinal cord are connected across the midline by the grey commisure, which is traversed by the central canal 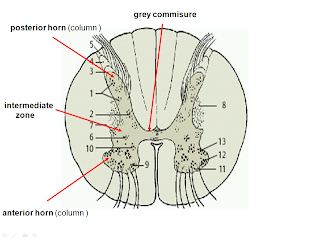 The dorsal horn is dominated by neurons that respond to sensory stimulation.
All incoming sensory fibers in spinal nerves enter the dorsolateral part of the cord adjacent to the dorsal horn in a dorsal root. Neurons in the dorsal horn project to higher levels of the CNS to carry sensations to them
Sympathetic and parasympathetic neurons locate in the intermediate zone espacially in the thoracic and sacral part of spinal cord. 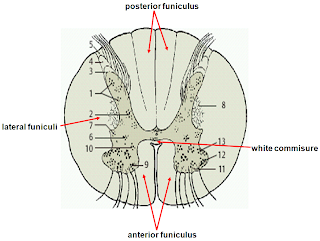 2 . The lateral and anterior spinothalamic tracts
They transmit information to the thalamus about pain, temperature and crude touch 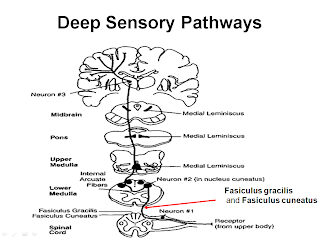 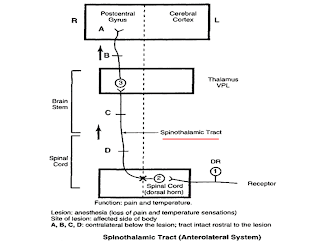 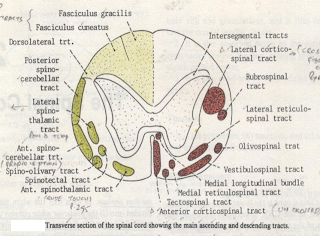 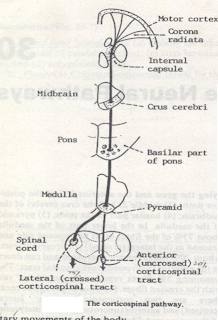 at April 11, 2011
Email ThisBlogThis!Share to TwitterShare to FacebookShare to Pinterest
Labels: Anatomy