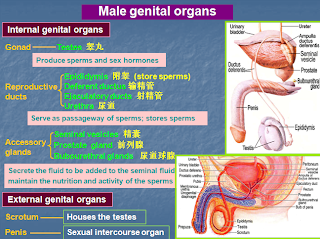 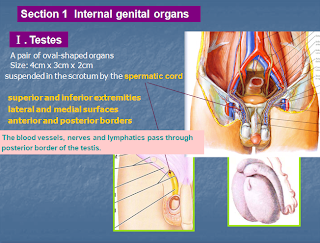 Early in fetal life the testes are situated in the abdominal cavity. Before birth they descend and pass through the inguinal canals to reach the scrotum.
If the testes do not descend into the scrotum, the condition is referred to cryptorchidism.

After puberty the testes produce sperms and secrete hormones. 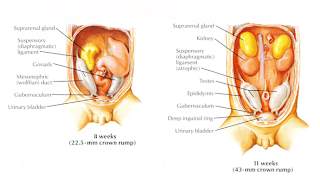 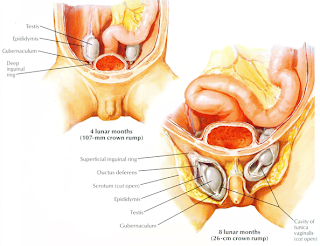 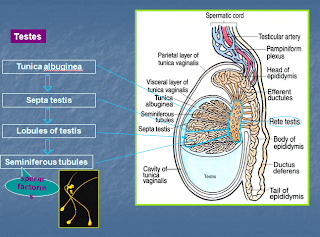 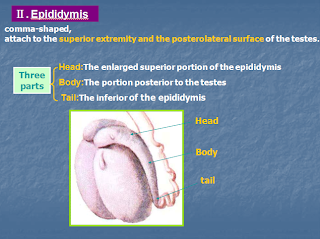 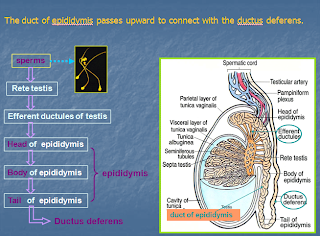 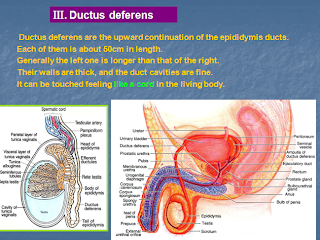 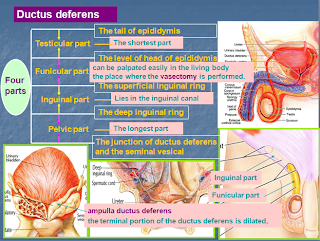 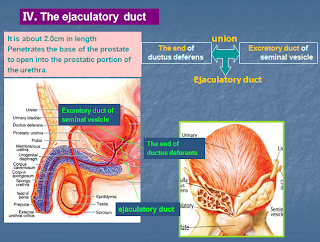 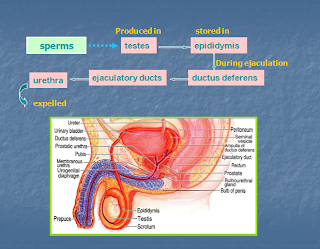 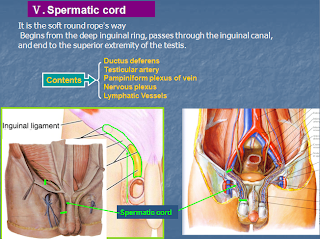 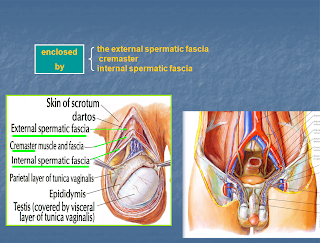 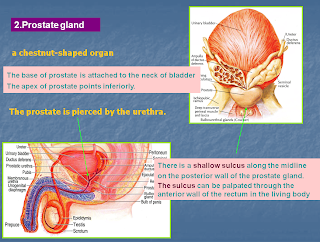 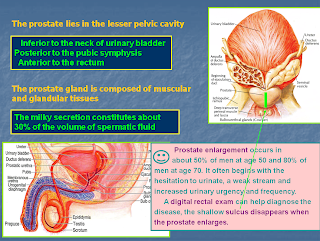 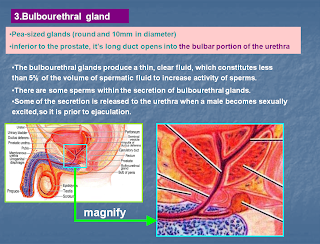 so some female pregnant after coitus interruptus. 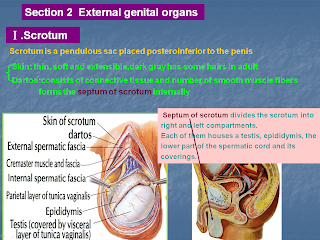 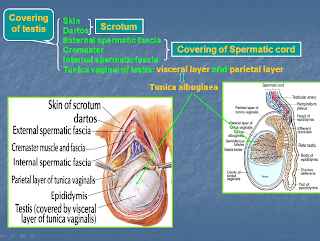 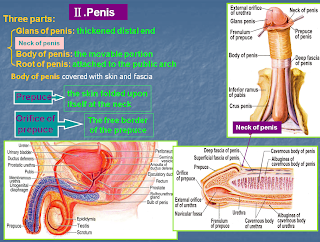 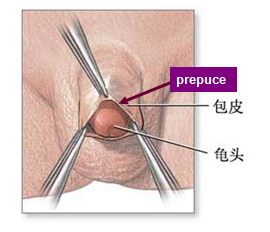 In some case, if the prepuce is longer and the orifice of the prepuce is smaller than normal,the prepuce cannot be retracted over the glans.In this case some secretions may be accumulated within space of prepuce, and leading to inflammation.
This chronic inflammatory of the prepuce is a factor that may cause the carcinoma of the penis. For these reason prophylactic circumcision is commonly performed. 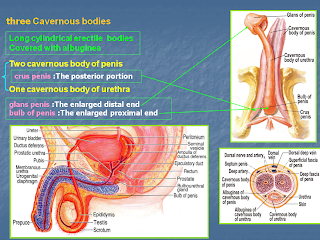 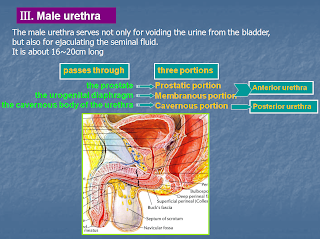 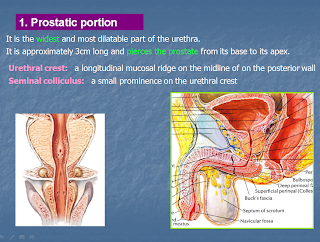 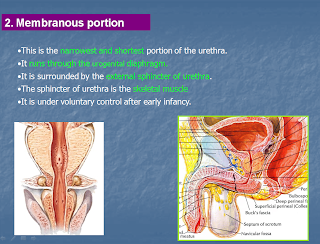 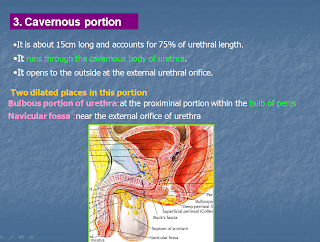 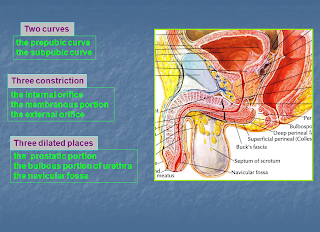 A typical ejaculation release 2~5ml of semen. This volume of fluid, called a ejaculate, contains:
Spermatozoa. A normal sperm count ranges from 20 million to 100 million spermatozoa per cubic milliliter of sperm.

Seminal fluid. Seminal fluid, the fluid component of semen, is a mixture of glandular secretions with a distinct ionic and nutrient composition. A typical sample of seminal fluid contains the combined secretions of the seminal vesicle (60%), the prostate gland (30%), the sustentacular cells and epididymis (5%), the bulbourethral glands (less than 5%).
Enzymes .

The chief phases of the male sexual response are:
1. Erection, which allows penis to penetrate into the female vagina;
2. Ejaculation, which expels semen into the vagina.

Erection results from engorgement of the cavernous bodies with blood. During sexual excitement, the arteries supplying the cavernous bodies dilate, increasing the flow of blood to the vascular spaces within, and the smooth muscle in the partitions in these bodies relaxes, allowing the bodies to expand as the blood enter them. As the cavernous bodies begin to swell, they press on the small vein that normally drain them, slowing venous drainage and maintaining engorgement.

Ejaculation begins with a strong contraction of the smooth musculature throughout the reproductive ducts and glands, which squeeze the semen toward and into the urethra. Simultaneously, the bulbospongiosus muscle of the penis contracts rapidly, aqueezing the semen onward through the cavernous portion of urethra and out of body. 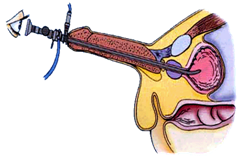 at March 10, 2011
Email ThisBlogThis!Share to TwitterShare to FacebookShare to Pinterest
Labels: Anatomy