Emphysema and its Types. 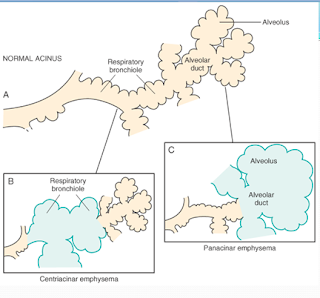 Abnormal permanent enlargement of the airspaces distal to the terminal bronchioles, accompanied by destruction of their walls

compensatory overinflation is not associated with destruction of wall tissue, eg after unilateral pneumonectomy

respiratory bronchioles are affected without involvement of terminal bronchioles and acinus
upper lobes, particularly in the apical segments
Associated with cigarette smoking 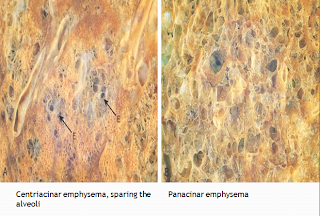 at February 01, 2011
Email ThisBlogThis!Share to TwitterShare to FacebookShare to Pinterest
Labels: Pathology