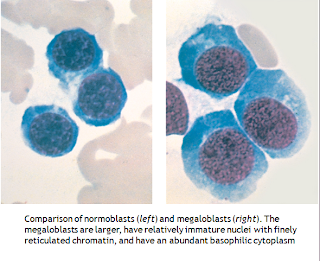 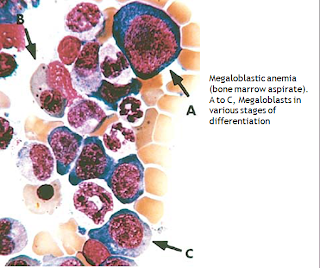 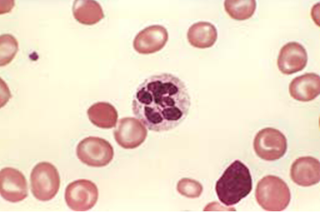 the best sources of folate are fresh uncooked vegetables and fruits. Food folates are predominantly in polyglutamate form and must be split into monoglutamates

The principal site of intestinal absorption is the upper third of the small intestine; thus, malabsorptive disorders that affect this level of the gut, such as celiac disease and tropical sprue, can impair folate uptake

Tetrahydrofolate acts as an acceptor and donor of one-carbon units in a variety of steps involved in the synthesis of purines and thymidylate, the building blocks of DNA, and its deficiency accounts for the inadequate DNA synthesis

symptoms referable to the alimentary tract are common and often severe. These include sore tongue and cheilosis.
at January 15, 2011
Email ThisBlogThis!Share to TwitterShare to FacebookShare to Pinterest
Labels: Hematology