attenuation of proximal tubular brush borders, blebbing and sloughing of brush borders, vacuolization of cells, and detachment of tubular cells into the lumen forming casts

When crush injuries have produced ATN, the casts are composed of myoglobin

If the patient survives for a week, epithelial regeneration becomes apparent in the form of a low cuboidal epithelial covering. 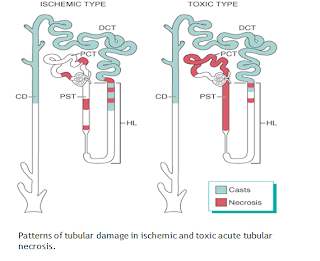 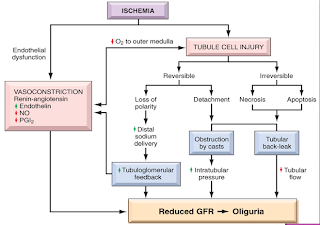