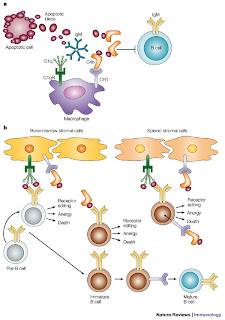 The human body has the ability to resist almost all
types of organisms or toxins that tend to damage the
tissues and organs. This capability is called immunity.
Much of immunity is acquired immunity that
does not develop until after the body is first
attacked by a bacterium, virus, or toxin, often
requiring weeks or months to develop the immunity. An additional portion of
immunity results from general processes, rather than from processes directed
at specific disease organisms. This is called innate immunity. It includes the
following:
1. Phagocytosis of bacteria and other invaders by white blood cells and cells
of the tissue macrophage system,
2. Destruction of swallowed organisms by the acid secretions of the stomach
and the digestive enzymes.
3. Resistance of the skin to invasion by organisms.
4. Presence in the blood of certain chemical compounds that attach to
foreign organisms or toxins and destroy them. Some of these compounds
are (1) lysozyme, a mucolytic polysaccharide that attacks bacteria and
causes them to dissolute; (2) basic polypeptides, which react with and
inactivate certain types of gram-positive bacteria; (3) the complement
complex that is described later, a system of about 20 proteins that can be
activated in various ways to destroy bacteria; and (4) natural killer
lymphocytes that can recognize and destroy foreign cells, tumor cells, and
even some infected cells.
This innate immunity makes the human body resistant to such diseases as
some paralytic viral infections of animals, hog cholera, cattle plague, and distemper—
a viral disease that kills a large percentage of dogs that become
afflicted with it. Conversely, many lower animals are resistant or even immune
to many human diseases, such as poliomyelitis, mumps, human cholera, measles,
and syphilis, which are very damaging or even lethal to human beings.
at March 08, 2010
Email ThisBlogThis!Share to TwitterShare to FacebookShare to Pinterest
Labels: Immunology