Function of the Cerebellum in Overall Motor Control 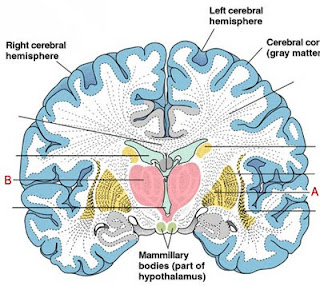 The nervous system uses the cerebellum to coordinate motor control functions at three levels, as follows:
1. The vestibulocerebellum. This consists principally of the small flocculonodular cerebellar lobes (that lie under the posterior cerebellum) and adjacent portions of the vermis. It provides neural circuits for most of the body’s equilibrium movements.

2. The spinocerebellum. This consists of most of the vermis of the posterior and anterior cerebellum plus the adjacent intermediate zones on both sides of the vermis. It provides the circuitry for coordinating mainly movements of the distal portions of the limbs, especially the hands and fingers.
3. The cerebrocerebellum. This consists of the large lateral zones of the cerebellar hemispheres, lateral to the intermediate zones. It receives virtually all its input from the cerebral motor cortex and adjacent premotor and somatosensory cortices of the cerebrum. It transmits its output information in the upward direction back to the brain, functioning in a feedback manner with the cerebral cortical sensorimotor system to plan sequential voluntary body and limb movements, planning these as much as tenths of a second in advance of the actual movements. This is called development of “motor imagery” of movements to be performed.

Coordination and control of voluntary movement.

at November 30, 2009
Email ThisBlogThis!Share to TwitterShare to FacebookShare to Pinterest
Labels: Neurology